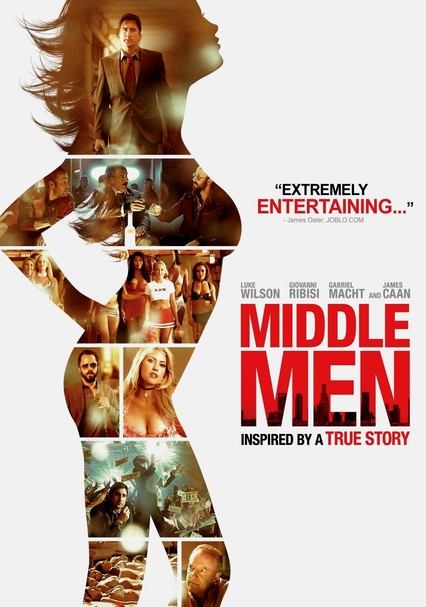 2009 R 1h 52m DVD
An entrepreneur develops an online billing company specializing in adult entertainment. But as the firm takes off, he finds some unexpected kinks in the business of kink -- including mobsters, the FBI, con men and terrorists.

A minor character is punched, hard, in the head, and the blow kills him. Characters are slapped and punched and threatened with guns. A character is shot in the foot. A boy is kidnapped but not harmed. Loud arguments and squabbling with name-calling, pushing, and grabbing.

There's an argument to be made that the movie has a message about the true meaning of family, but the film's overall theme is one of wealth fantasy and a celebration of people who managed to figure out a way to become filthy rich, no matter how sleazy or lowdown their methods were.

Mentions of companies like Visa, MasterCard, and Amazon, but nothing recurring or important to the story.

The main character doesn't do drugs, but two secondary characters have serious drug problems, mainly with cocaine. They're often shown snorting the drug or already high; it affects their work and their lives. They also smoke cigarettes, in the beginning, before they're rich enough to afford hard drugs. Characters also drink alcohol almost constantly -- everything from beer to hard liquor -- though no one is shown to be an alcoholic.