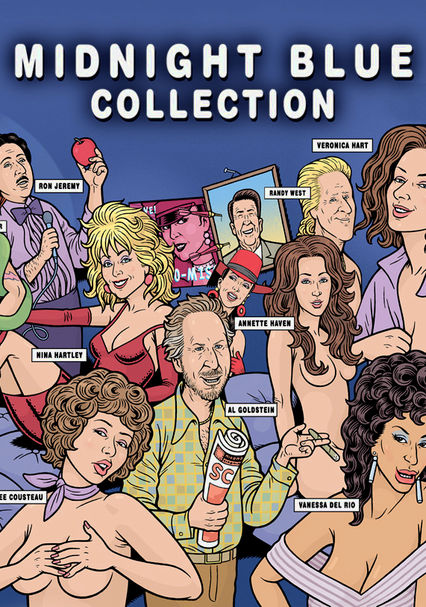 Notorious celebrity scandals, from Barbra Streisand's stag film to Arnold Schwarzenegger's sexy confessions and O.J. Simpson at the Hooker's Ball, are brought to light in this collection of segments from the late-night cable program. This volume showcases the seedier side of stardom, with featured personalities including Larry Flynt, Russ Meyer, The Go-Gos, Debbie Harry, Gilbert Gottfried and more.

Featuring commentary by Larry Flynt, Ron Jeremy and Al Lewis (of "The Munsters"), this volume of the "Midnight Blue" collection chronicles the salacious real-life story of the television show's creator, smut mogul Al Goldstein. As the media buzzed around him from 2001 to 2003 when he was on trial for his alleged assault of a former secretary, Goldstein was slowly crumbling and finding his fortunes vastly diminished.