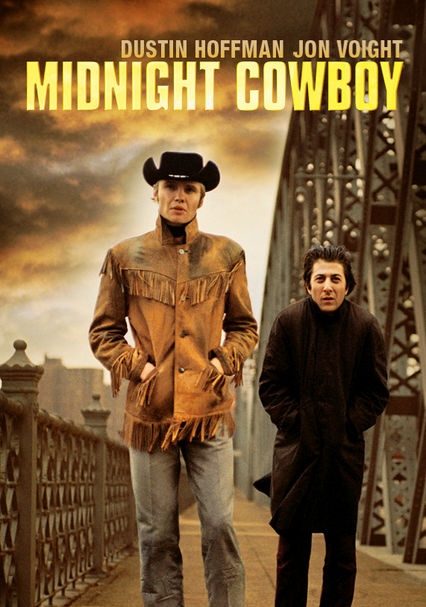 Parents need to know that Midnight Cowboy was the first X-rated film to win the Oscar for Best Picture, though its rating was later changed to an R. Made in 1969, the movie has some strong adult content that can still startle today. The main character wishes to be a male prostitute for women, and there are many sexual situations shown, many of them disturbing and depicting the verge of abuse. Some nudity (breasts and male and female backsides) is shown. In one scene, a character brutally beats up another man, and blood is shown. In a flashback, rape and sexual abuse are suggested. A character dies. Language is not as strong as it might be today but still contains uses of "s--t," "bitch," "bastard," and "faggot," among other words. The character smokes pot at a party (without knowing what it is) and takes a psychedelic drug. Pot, heroin, and "uppers and downers" are mentioned. Characters smoke cigarettes and drink in the background.

Though it's somewhat tame by today's standards, and very little is actually shown, the movie has very strong sexual content throughout. The main character tries to be a male prostitute for women. He is shown having sex with a few women and also a man to give him oral sex. In flashbacks, the young Joe is shown in disturbing, quasi-sexual situations (suggesting possible abuse). It's also suggested that the character may be struggling with his own sexual orientation. In a later scene, Joe is unable to perform until the woman calls him "faggot," which turns him on. Some naked bottoms (male and female) and breasts are briefly shown. (Note: The movie was originally given an X rating but was re-rated an R.)

In a flashback, there's a suggestion of several men raping Joe's girlfriend. (They are shown lined up, waiting for a turn, though the act itself is not shown.) A man is beaten viciously, with some blood shown. A main character dies. In a dream, Joe tries to strangle Ratso. There's also arguing and a general feeling that people are out to get one another.

Two otherwise selfish characters learn to become friends and to help each other, even if their actions are sometimes questionable and the consequences strong.

The movie takes place in the late 1960s, and the main character attends a party where he smokes pot without knowing what it is and then taking psychedelic drugs (the movie has a weird, colorful, psychedelic sequence). Pot, heroin, and "uppers and downers" are mentioned. Characters smoke cigarettes from time to time, and there are a couple scenes with drinking in the background.