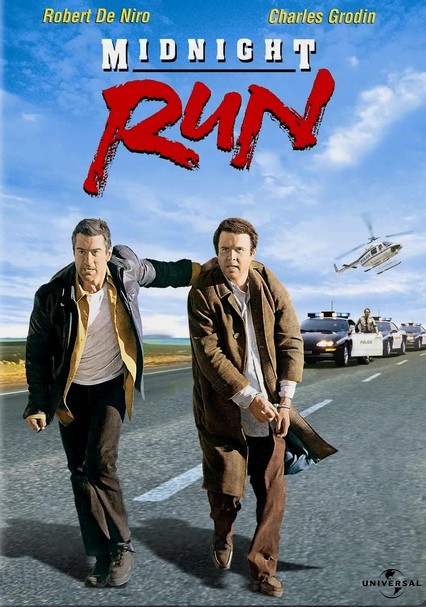 1988 R 2h 7m DVD
Jack Walsh (Robert De Niro) is an ex-cop turned bounty hunter who's offered $100,000 to transport prisoner Jonathan "The Duke" Mardukas (Charles Grodin) -- an accountant who embezzled millions from the mob -- from New York to Los Angeles. But the FBI is after The Duke to testify against the mob, and the mob's put out a hit on him. Can Walsh deliver the neurotic accountant to L.A. on time -- and alive? It'll be one heck of a cross-country ride!