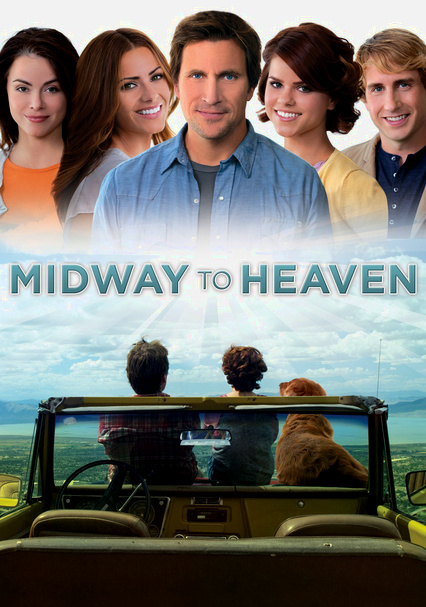 2011 PG 1h 20m DVD
Long-grieving widower Ned spurns his daughter's attempts to push him back into dating, especially now that she has a boyfriend of her own. While trying to find fault with the flawless young man, Ned warms up to the idea of giving love another chance.

Parents need to know that Heaven Is Waiting is a family-friendly romantic comedy with a strong religious message. Although the movie deals with adult relationships, no more than a few kisses are shown, and marriage is very strongly emphasized. With no iffy language or violence and only one very brief mention of alcohol, the movie is appropriate for young tweens and up, though younger kids may not be interested in the plot. Also, those outside the LDS church may not be comfortable with the strong religious messages.

The movie's main theme is adult relationships, with the two main characters falling in love. But the portrayal of relationships is very chaste, with only one or two kisses and hugs shown. A character even criticizes another for wanting to kiss on Sunday.

Ned overcomes his struggle with grief over his wife's death and discovers that he can find love again. He also learns to let his daughter grow up and make her own decisions.

One scene takes place in a bar, and patrons are shown with drinks, but none of the main characters is shown drinking. In fact, the bar and its patrons are shown in a negative light -- the bar itself has "debauchery" in the name.