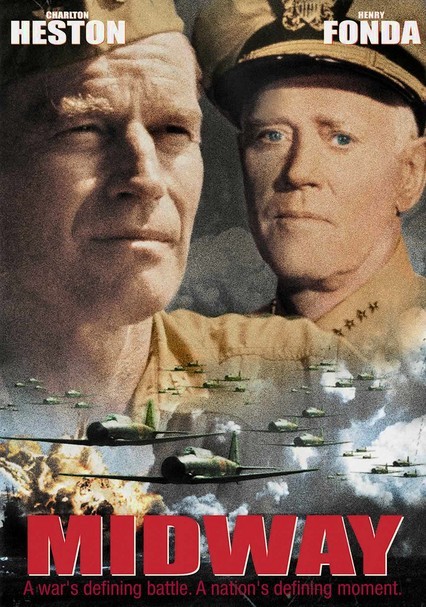 1976 PG 2h 12m DVD
Screen legends Charlton Heston, Toshirô Mifune, Robert Mitchum and Henry Fonda band together for this sprawling war film that depicts the U.S. and Japanese forces in the naval Battle of Midway, which became the turning point of the Pacific War. Using real battle footage, director Jack Smight's dramatization illustrates how America found success after a string of disappointments in the Pacific, despite being outnumbered by the Japanese.