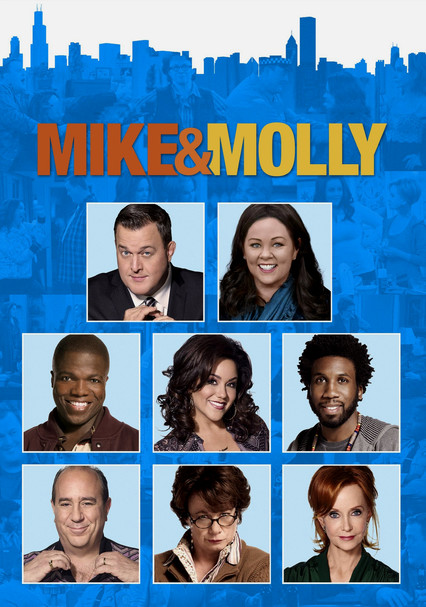 2010 NR 6 seasons
Chicago cop Mike meets grade school teacher Molly at an Overeaters Anonymous meeting and the two hit it off. They soon find it easier to face family, friends, and strangers (who aren't always kind about the couple's size) as partners than alone.

After getting acquainted at an Overeaters Anonymous meeting, Mike (Billy Gardell), an honest cop with a big heart, and Molly (Melissa McCarthy), a charming grade school teacher, quickly fall for each other and begin pursuing romance -- and a healthier lifestyle. As the cute couple attempts to find happiness, Mike's partner (Reno Wilson) and Molly's sister (Katy Mixon) frequently chime in with hilarious barbs and advice.

The hit sitcom about a different kind of big love returns for a second season. Cop Mike and teacher Molly, who met at an Overeaters Anonymous meeting, ignore the raised eyebrows of friends and family as they take their relationship to a new level.

Now that Chicago cop Mike and fourth-grade teacher Molly have secured their romance by tying the knot, is starting a family the next stop on their life's journey? One thing's for sure, with family, friends and each other, life's always a trip.

Mike and Molly's partnership rolls on with some new bumps for the couple to navigate, in addition to the various crises that befall their friends. One of their biggest problems is Mike's investment in an ostrich farm, which is headed steadily south.

Still large and in love, Mike and Molly tackle an array of new and ongoing challenges this season, which opens in the wake of Molly's decision about whether to attend a writers' workshop that would take her away from home for months.

Having survived their third-anniversary cruise, Mike and Molly begin a fourth year of wedded bliss surrounded by the same zany crew that's been with them all along: Mike's partner and best pal, Carl; Molly's party-girl sister, Victoria; and others.