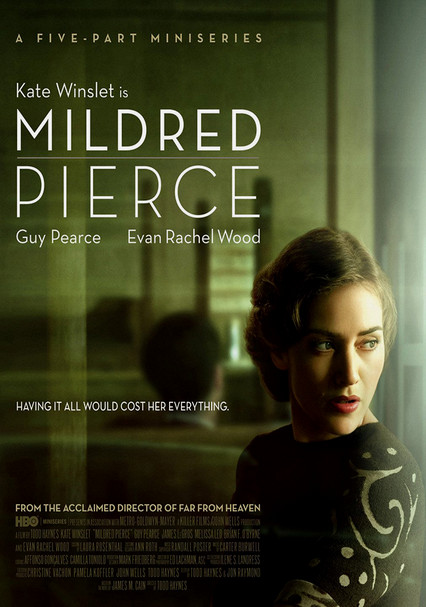 2011 TV-MA 2 discs
Based on the 1941 novel by James M. Cain, this HBO miniseries follows the turbulent life of Mildred Pierce, a fiercely independent single mom who works hard to win her daughter's love while struggling to make ends meet in Depression-era Los Angeles.

Parents need to know that, as Mildred Pierce, star Kate Winslet gives a stunning lead performance, whether she's in or out of her clothes -- and she's frequently out of them. Graphic, grinding sex, plus groping and insinuations of sex, are only a few of the reasons why this HBO miniseries is best for mature teens and adults. Perhaps even more problematic for younger viewers are the shocking death of Pierce's younger daughter and her older daughter's frequently awful behavior toward her mother.

Swearing includes "bastard," as well as very occasional uses of "damn" and "hell."

Family, and the choices we make to accommodate them, emerge as the core themes of this film. Mildred is a loving mother, but her love for her daughter, Veda, also allows her to overlook some of Veda's worst traits, which comes back to haunt Mildred later in life. Hard work is celebrated through much of the film, though ultimately Mildred loses much that she's struggled to achieve.

Frequent cigarette smoking; children are given glasses of water with bits of scotch in them. Children pretend that they're drunk. A 14-year-old girl smokes in front of her mother.