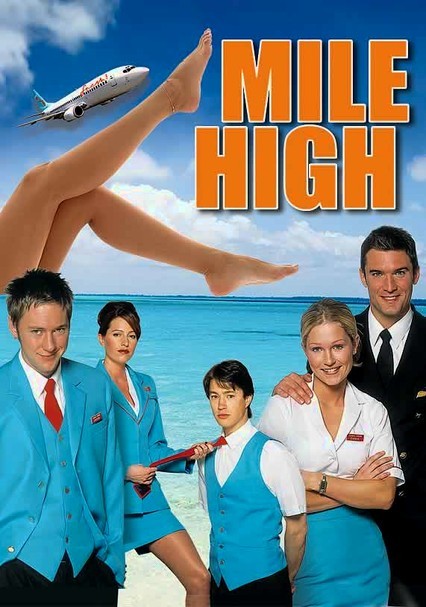 2003 NR 3 seasons
Drama, romance and a good bit of turbulence follow the pilots, flight attendants and other crew members who work for the London-based budget airline Fresh! as they travel the world, whether they're on the ground or flying the friendly skies. In Series 1, the crew weathers an emergency landing and hosts some high-profile passengers; in Series 2, they cope with a stressful merger and allegations of drug smuggling.

K.C. (Sarah Manners), Marco (Tom Wisdom), Emma (Emma Ferguson) and the rest of the Fresh flight crew experience plenty of turbulence in Season 1 of the fast-paced, sudsy British drama. On the ground and in the air, the crew of the start-up budget airline gets mixed up in one tawdry adventure after another. This season, K.C. pursues a wealthy passenger, and Emma learns she's pregnant. Naomi Ryan, Jo-Ann Knowles and Adam Sinclair also star.

Buckle up for a wild ride with the Fresh! flight crew. Season 2 of this British TV series finds budget airline Fresh! merging with larger airline Goldstar; while some of the flight staff worry about losing their jobs, others eye their new co-workers. These attractive airline employees fall in and out of love with one another while working miles in the sky or kicking back in their shared London home.

Enjoy the friendly skies with Fresh! airline's sexy crew members, who always know how to have a good time. Passenger revolts, revenge plots and bags full of money are just a few of the exciting elements found in this second half of Season 2. From the cockpit to the company offices, these airline employees battle each other for power, travel to exotic locations and still find time to get lucky in this British television series.