Military Intelligence and You! 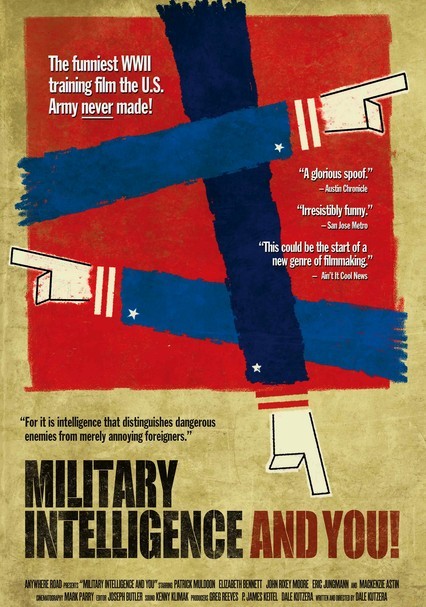 Military Intelligence and You!

2006 NR 1h 18m DVD
This satirical comedy weaves vintage military training films and footage from World War II movies with a modern-day story about Major Nick Reed (Patrick Muldoon), whose mission to find a hidden enemy base is hampered when he runs into his ex-lover and her new man. Assigned to track down the Ghost Squadron, the Army Intelligence analyst is sidetracked by Lt. Monica Tasty (Elizabeth Ann Bennett) and her boyfriend, Major Dunning (Mackenzie Astin).