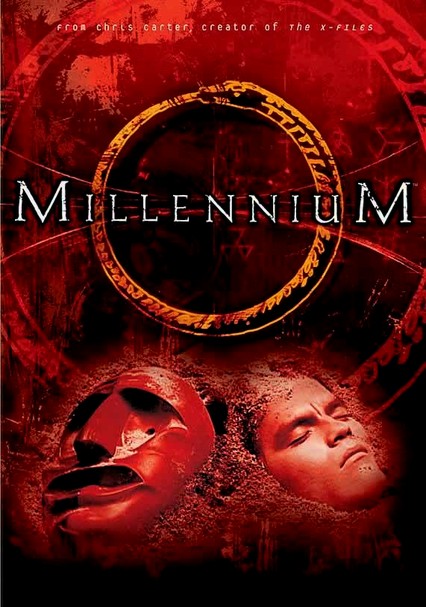 1996 NR 3 seasons
This moody thriller series set just before the year 2000 follows the cryptic work of Frank Black, an ex-FBI agent with psychic abilities that help him track serial killers -- but that also draw him into the secretive, apocalyptic Millennium Group.

Created by Chris Carter ("The X-Files"), this dark sci-fi series follows Frank Black (Lance Henriksen), an FBI agent turned freelance profiler with a special ability to get inside the mind of murderers -- a gift that's also a curse, as it takes a toll on his psyche. Working with the Seattle Police Department and a mysterious organization known as the Millennium Group, Frank confronts escalating evils as the new millennium approaches.

The second season of creator Chris Carter's Emmy Award-nominated, mystery-thriller series continues to follow the work of FBI profiler Frank Black (Lance Henriksen) as he tracks vicious serial killers of every ilk. His unique psychic ability to see the murders through the eyes of the assassins presents Black with a difficult task, however: He must solve the crimes and catch the killers while trying to maintain his sanity.

After taking to the hills with his family to escape the apocalyptic Blood Plague when a biological weapon was released at the end of the second season, psychic FBI profiler Frank Black (Lance Henriksen) struggles to regain his wits. He soon learns that neither the cataclysm nor the Millennium Group were what they appeared to be in the third (and final) season of this paranormal TV series from "X-Files" creator Chris Carter.