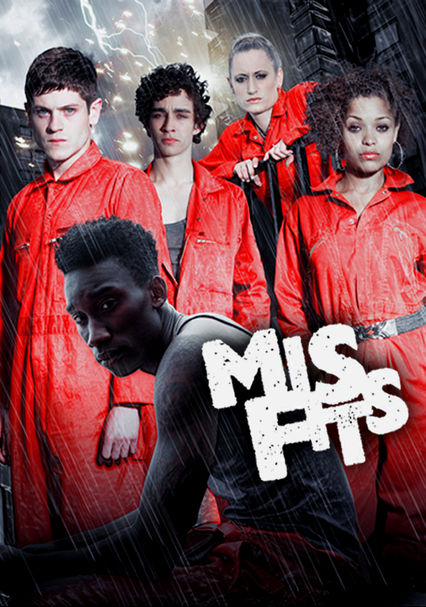 2009 NR 2 seasons
After being sentenced to six weeks of community service, five ne'er-do-well teens discover that a freak storm has given them superpowers. But they're not the only ones who've been given strange -- and even dangerous -- new abilities.

Meet Kelly, Nathan, Curtis, Alisha and Simon, five unruly teenagers forced to do community service as payback for their crimes. When a freak electrical storm hits, they soon realize they've turned into superheroes.

In Season 2 of this award-winning comedy-drama, Nathan, Kelly, Curtis, Alisha and Simon discover that they're not the only ones who were affected by the storm as they now face a whole new world of weird and wild characters.

Parents need to know that this imported dramedy (which originally aired in its native Britain) contains frank and often shocking depictions of sexual and violent acts, with unbleeped swearing, nudity, and blood. The main characters -- all of whom are convicted delinquents with a chip on their shoulder -- commonly use words like "f--k," "s--t," and "c--t," along with more descriptive terms like "ball sack," "p---y," and "panty sniffer." They also drink and use illegal drugs like pot and cocaine.

Violence is dark and realistic, with bloody physical combat that results in death or serious injury. For example, a character kills a man by stomping repeatedly on his head.

Characters frequently use unbleeped words like "f--k," "s--t," "bitch," and "wanker," in addition to lots of sexually charged talk.

Characters live in a dangerous and relatively depressing place, where violence -- and sometimes murder -- is a necessary evil. It's unclear whether they plan to use their powers to help people or hurt people, although teasers hint that at least one will choose the latter.

Most of the main characters smoke pot regularly and drink alcohol to get drunk. Some also use illegal drugs like cocaine.