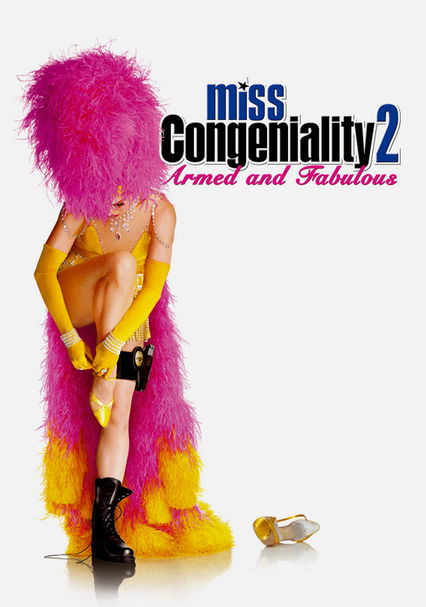 2005 PG-13 1h 55m DVD
After her triumph at the Miss United States pageant, FBI agent Gracie Hart becomes an overnight sensation -- and the new "face of the FBI." But it's time to spring into action again when the pageant's winner, Cheryl, and emcee, Stan, are abducted.

Parents need to know that this movie has some strong language and a lot of action-style violence (no one hurt) and peril. There is some sexual humor, some crude jokes, and a joke about drinking. A strength of the movie is its portrayal of strong, loyal, and capable diverse characters, including minorities, women, and a gay character.

Action-style violence including guns and a lot of hitting and kicking, no one hurt.