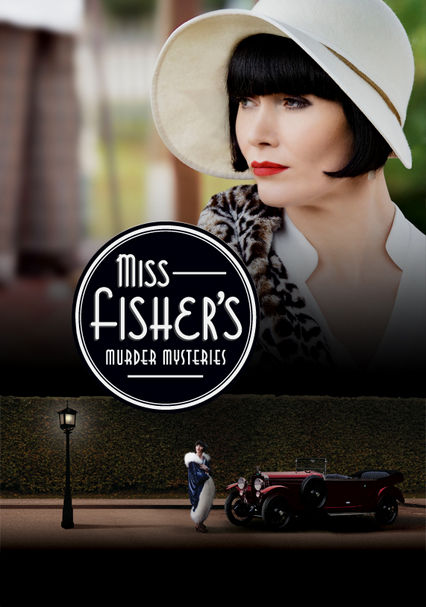 2012 NR 3 seasons
Get ready to immerse yourself in the opulent, exciting and sometimes dangerous world of Australia's leading lady -- Det. Phryne Fisher -- who is a glamorous and thoroughly modern woman of the 1920s.

Immerse yourself in the opulent world of Australia's leading lady detective, Phryne Fisher. Scoffing at danger and decorum, Phryne is a glamorous, thoroughly modern woman of the 1920s whose cases take her to the underbelly of jazz-era Melbourne.

Gorgeously costumed and evocatively shot, Miss Fisher's Murder Mysteries returns with star Essie Davis as the Honorable Miss Phryne Fisher, a thoroughly modern woman of the late 1920s operating in a mostly male world. The glamorous "lady detective" goes about her work with a pistol close at hand—and, more often than not, a male admirer even closer.

Essie Davis returns as Miss Phryne Fisher, a "lady detective" from Melbourne with a fabulous sense of fun and a flair for solving crimes. Detective Inspector Jack Robinson works alongside her, although she often outraces him to the crime scene. Despite Jack's efforts to keep matters on a professional level, their playful partnership is growing more and more personal.

Parents need to know that Miss Fisher's Murder Mysteries is a popular Australian period crime series that features fun stories with often mature themes that range from violent death to drugs, abortion, and other issues. The murders are committed unseen, but dead people and a few bloody images are shown. There's some sexual innuendo, including partial nudity (bare bottoms), and drinking. The language is pretty mild (occasional "damn"). It will probably appeal to older teens who like a good mystery with a strong female lead.

Miss Fisher does her best to find justice, but there are lots of murders, criminal activities, and family secrets to work through.

Sherry, champagne. Drug trade (cocaine and so on) discussed.