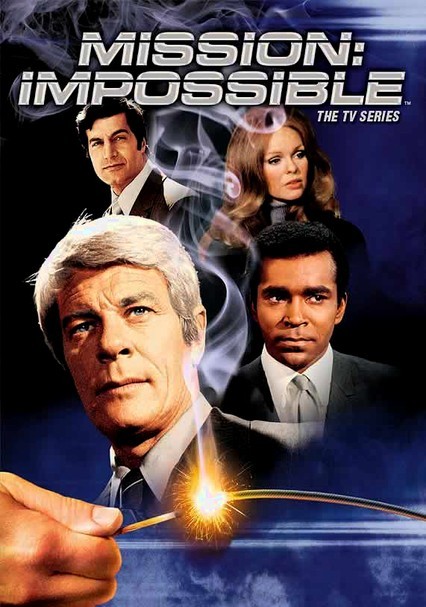 Before Tom Cruise was showing off his high-tech moves in movies, there was this classic 1960s television series chronicling the activities of the Impossible Mission Taskforce, a team of covert government spies. In this collection of Season 1 episodes, the IMF recovers nuclear warheads, goes after Nazi gold and poses as caterers to bring down a gangster meddling in politics. Steven Hill, Greg Morris, Peter Lupus and Martin Landau star.

The Impossible Missions Force is back for more dangerous assignments, elaborate plots and incredible disguises in the second round of this popular series as Jim Phelps (Peter Graves) takes over as the team's new leader. But no matter how many tapes self-destruct in a cloud of smoke, he never declines a mission. Highlights this season include busting a modern-day slavery ring, exposing a neo-Nazi plot and uncovering an African counterfeiter.

Thwarting jewel thieves, recovering pre-Columbian artifacts and preventing a nuclear attack are all in a day's work for the high-tech, high-flying Impossible Missions Force team and their fearless leader, Jim Phelps (Golden Globe winner Peter Graves). In the show's seventh and final season, Phelps and his crew infiltrate the Syndicate and continue to keep suspense high as the long-running crime drama draws to a close.