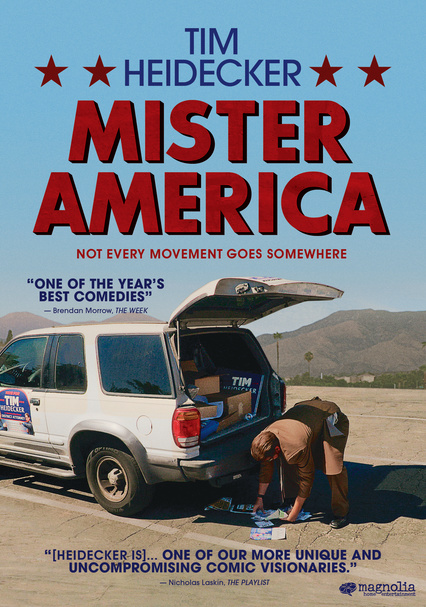 2019 R 1h 26m DVD
A freshman filmmaker follows Tim Heidecker during the final month of his campaign for district attorney. What begins as a profile of an outsider candidate facing an uphill battle evolves into a study of toxic delusion as Tim's motivations and controversial past begin to unravel his candidacy. Taking on a popular incumbent has found Tim and his inexperienced campaign manager outmatched. Low on funds, experience, and connections, Tim hits the streets in an attempt to connect with voters, but has difficulty winning over the community. With days until the election and his campaign in free fall, Tim has to confront the unexpected costs of pursuing his dream.