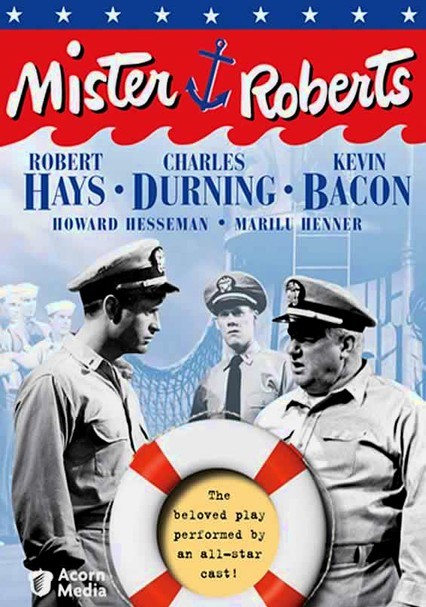 1984 NR 1h 53m DVD
The live 1984 production of this five-time Tony Award-winning play set on a World War II Navy cargo ship stars Charles Durning, along with Kevin Bacon, Marilu Henner and Howard Hesseman. The play examines the battle of wills between the tyrannical Captain Morton (Durning) and his strong-willed Lieutenant (Robert Hays), who is determined to situate himself closer to the battles of the Pacific -- even at the peril of his own men.