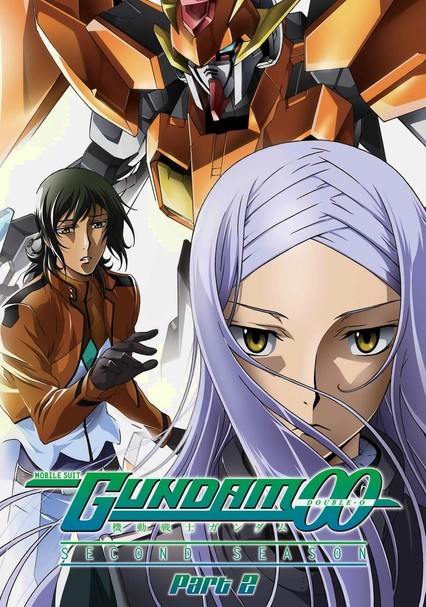 2008 NR 2 discs
This season of the anime series is set in 2312, after humanity defeated the Gundam warriors and its paramilitary force. But the new Federation's peacekeepers, A-Laws, are actually an anti-resistance militia that viciously cracks down on dissenters. Now it's up to Setsuna F. Seiei and the Gundams to expose A-Laws's abuse of power and to achieve true law and order in this seventh iteration of the long-standing Gundam franchise. Part 2 contains episode 8-13.