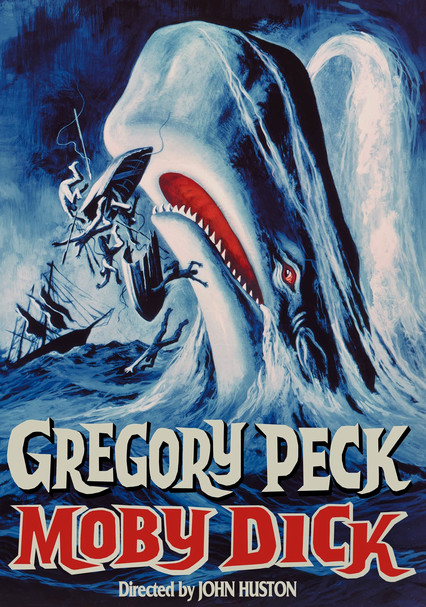 1956 NR 1h 55m DVD
Gregory Peck triumphs in his starring role as the obsessed Capt. Ahab in this big-screen version of Herman Melville's classic novel. Ahab longs to hunt down and kill Moby Dick, the great white whale who tore off Ahab's leg years ago. Unfortunately, his maniacal fixation spreads to the crew and ultimately leads to disaster. The legendary John Huston directed this faithful adaptation, which racked up numerous critics' awards.