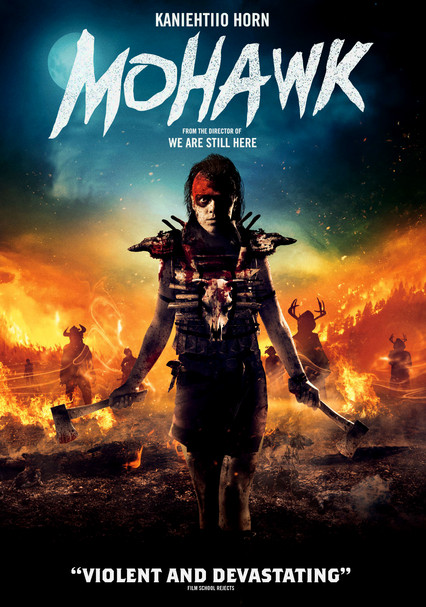 2018 NR 1h 32m Blu-ray / DVD
After one of her tribe sets fire to an American soldiers' camp during the War of 1812, a young female Mohawk finds herself pursued by a ruthless band of renegades bent on revenge. Fleeing into the deep woods, Mohawk youths Oak (Kaniehtiio Horn, Hemlock Grove) and Calvin (Justin Rain, Fear the Walking Dead), along with their British sympathizer friend Joshua (Eamon Farren, Twin Peaks), confront the true horrors of war and the terror of the darkest night as they're hunted by the bloodthirsty Colonel Holt (Ezra Buzzington, The Hills Have Eyes) and his small army of soldiers.