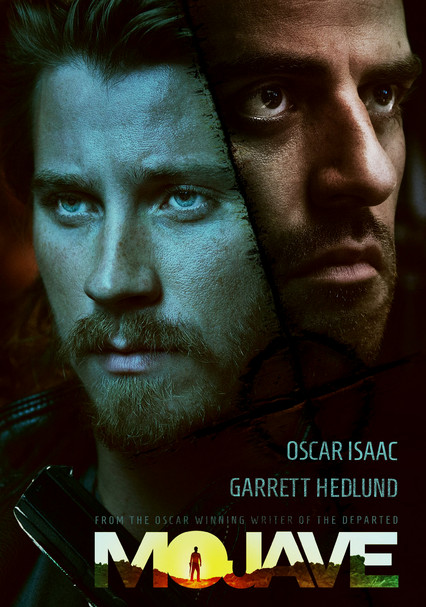 2015 R 1h 33m Blu-ray / DVD
A perverted cat-and-mouse game plays out in this taut thriller as a near-suicidal artist ventures into the Mojave Desert seeking existential meaning, only to end up tangling with a relentless serial killer.

Parents need to know that Mojave is a thriller about two men trying to kill each other. The screenplay is full of "deep thoughts," but in the end, there's no real takeaway from this movie: The characters are deeply unlikable, barely anything happens, and no one learns anything. Things get violent; characters are shot and killed, with blood stains shown, and there's fighting with hands, blunt instruments, and knives. A man's naked bottom is shown briefly, and there are a couple of brief, minor sexual situations. Language is strong, with several uses of "f--k" and "s--t" (in various permutations). Characters drink and smoke cigarettes a lot, and it's implied that one character intends to commit suicide via substance; he purchases and drinks two full bottles of vodka. It's possible that that stars Oscar Isaac, Mark Wahlberg, and Garrett Hedlund could draw teens to the movie, but only mature viewers should tune in.

Brief glimpse of naked male bottom. A character climbs out of bed, where he has been sleeping with someone. A man lets himself be picked up by someone. Reference to a "blow job."

Nothing learned here; the story could be seen as someone triumphing over their own dark side, but the character in question more or less turns to the dark side himself to accomplish this.

Regular cigarette smoking. Character drinks what appears to be two bottles of vodka and several cans of beer in the desert (with the possibility that he's trying to commit suicide). Other characters drink casually/socially. Reference to "doing blow." Reference to mescaline.