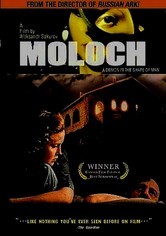 1999 NR 1h 43m DVD
It's 1942, and we see a spectacular fortress that stretches beyond the heavens. Eva Braun (Yelena Rufanova) has become Hitler's wife and is privy to the workings of the Führer's inner circle. Often overlooked by historians is the fact that Braun's behavior was often as volatile as that of the Nazi leader himself -- and that fact makes this a fascinating study of one of the oddest relationships in modern history.