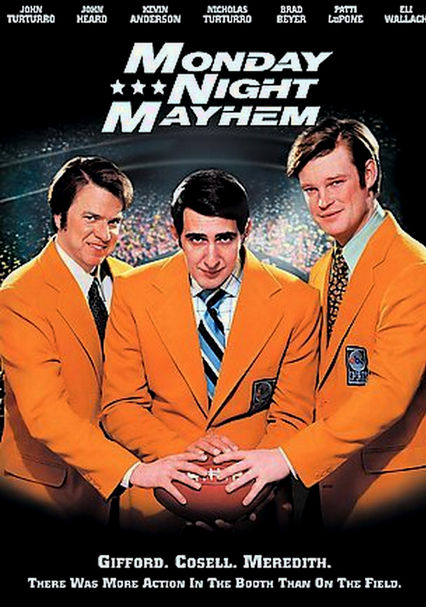 2002 NR 1h 38m DVD
This fascinating look at the birth of the nationwide phenomenon known as "Monday Night Football" stars John Turturro as Howard Cosell -- the reviled, revered and legendary sportscaster who had America tuning in to see what he would say or do next. Ultimately, though, the drama and havoc behind the scenes was almost more exciting than what was happening on the field. Ernest R. Dickerson ("Dexster") directs.