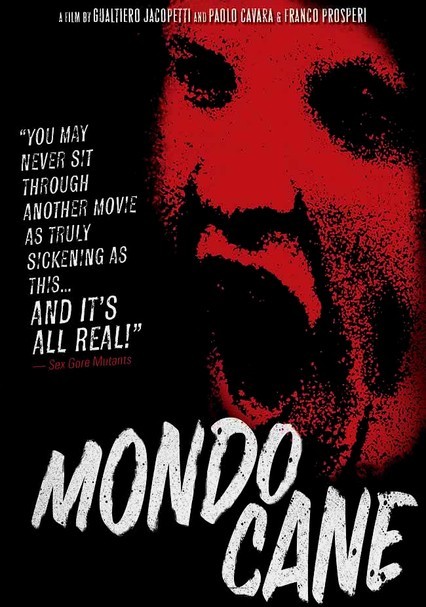 1962 NR 1h 48m DVD
Mondo Cane ranks as a legendary (albeit offbeat and, to some, off-putting) milestone in film history. It's a documentary aimed to shock. Lensed by European filmmakers Gualtiero Jacopetti and Franco Prosperi, Mondo Cane whisks viewers on a bizarre journey into some macabre places, with the camera strategically (and voyeuristically) placed to record all manner of oddities.