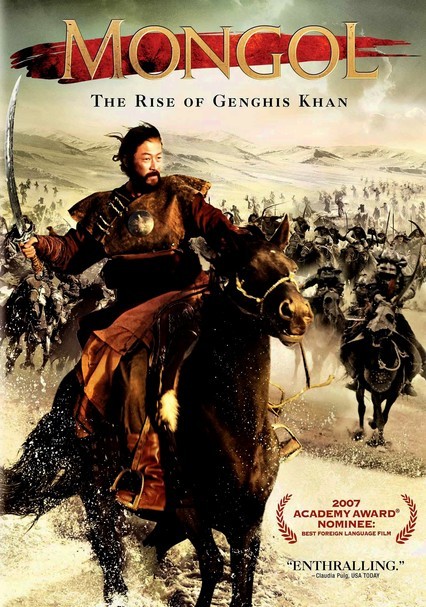 2007 R 2h 5m Blu-ray / DVD
In 12th-century Asia, an orphaned slave named Temudjin escapes the clutches of his captors and begins a journey that will lead him to become one of the greatest conquerors the world has ever known: Genghis Khan.