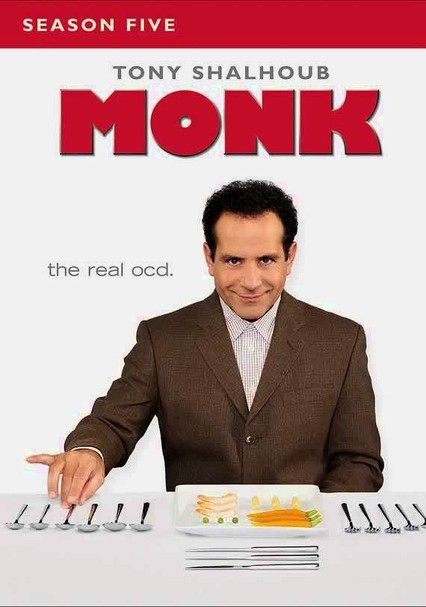 2005 NR 4 discs
An actor who wants to play him in a movie and a garbage strike push obsessive-compulsive detective Adrian Monk's (Emmy winner Tony Shalhoub) buttons in the fifth season of the quirky mystery series. Accompanied by his loyal but beleaguered assistant (Traylor Howard), Monk continues to outwit the boldest of criminals even as he continues to be handicapped by his fear of just about everything. Guest stars include Stanley Tucci (with an Emmy nod) and Alice Cooper.