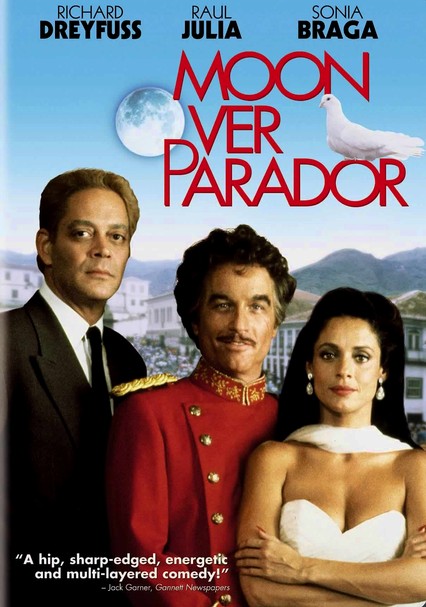 1988 PG-13 1h 43m DVD
While toiling on a film in the tiny Caribbean country of Parador, Broadway actor Jack Noah (Richard Dreyfuss) is offered a role he can't turn down: impersonating the nation's deceased dictator, to whom he bears an uncanny resemblance. But Jack soon gets into trouble when he runs afoul of the Parador police chief (Raul Julia), who wants to keep the despot's demise a secret until he can maneuver his own takeover of the country.