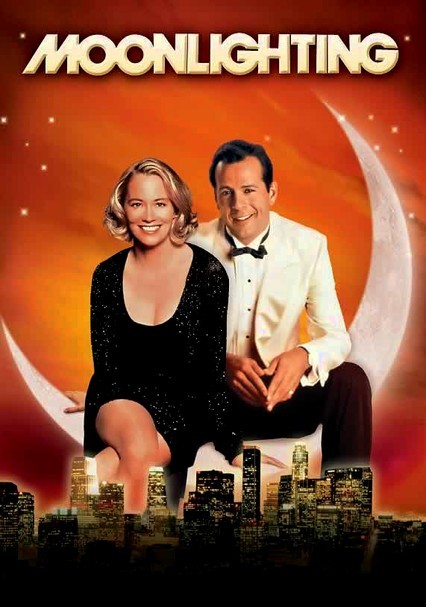 1985 NR 3 seasons
This delightfully quirky series stars Cybill Shepherd as icy ex-model Maddie Hayes and Bruce Willis as the glib but irresistible David Addison, sleuthing partners who find themselves at loggerheads more often than not as they crack wacky cases. Featuring witty dialogue, a slew of oddball characters and palpable onscreen chemistry between Shepherd and Willis, the show became an instant hit with viewers.

Cybill Shepherd and Bruce Willis co-star in one of the most popular '80s television series as detectives-at-odds Maddie Hayes and David Addison. In the third season, Maddie takes a look at what life at the Blue Moon agency would be like without her.

After finally hooking up last season, beautiful Blue Moon Detective Agency owner Maddie Hayes (Cybill Shepherd) and fast-talking gumshoe David Addison (Bruce Willis) struggle with their feelings for each other in the fourth round of this quirky 1980s series. When Maddie discovers she's pregnant, she shocks everyone -- especially David -- with her hasty marriage plans. Guest stars include Ray Charles, Imogene Coca, John Goodman and Pat Boone.

Bickering detectives Maddie Hayes (Cybill Shepherd) and David Addison (Bruce Willis) return for the final round of the classic 1980s series, with Maddie preparing to give birth to David's baby in the season opener, but complications develop. In later episodes, the victim of a bungled plastic surgery hires the gumshoes to dig up dirt on her surgeon, and a client drops dead in Maddie's office. Colleen Dewhurst and Rita Wilson are among the guests.