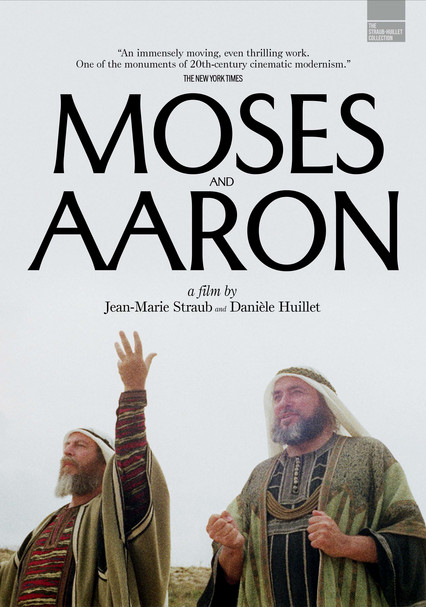 1975 NR 1h 47m DVD
Based on composer Arnold Schoenberg's unfinished Biblical opera, this German import (directed by Jean-Marie Straub and Danièle Huillet) chronicles the relationship between Moses (Günter Reich) and his brother Aaron (Louis Devos), and their conversations about God and faith. While Moses attempts to explain God to the masses, Aaron tries to convince his sibling that his austere lecture style needs imagery to bring religious concepts to life.