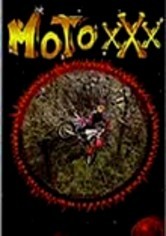 2006 NR 0h 45m DVD
Exhilarating and dangerous, freestyle motocross -- also known as FMX -- has mushroomed into one of the world's most popular extreme sports. This groundbreaking video showcases some of the biggest names in the game -- before they hit pay dirt. Featured riders include Mike Metzger, Jeff Emig, Kyle Lewis, Gene Neumec, Tommy Clowers, Jeff Willoh, Brian Deegan, David Pingree and Turtle Wikoff, among others.