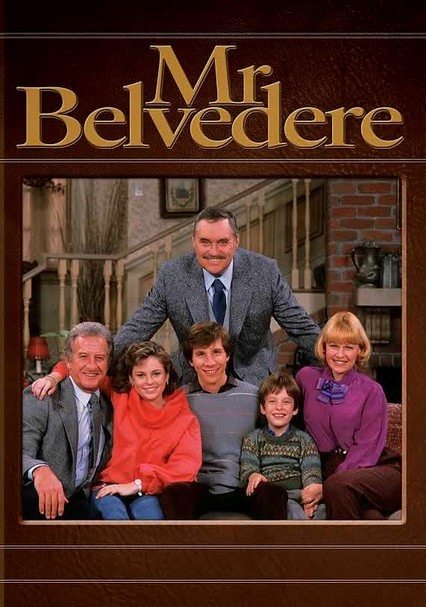 1985 NR 2 seasons
English butler Lynn Belvedere (Christopher Hewett) is hired on as a live-in nanny to a typical American family. George Owens (Bob Ueker) is the family patriarch, who, with wife Marsha (Ilene Graff) and their trio of kids, complicate Mr. Belvedere's sense of propriety. Set in the Pittsburgh suburbs far away from the hallowed halls of aristocracy, this fish-out-of-water series won a primetime Emmy, with 12 nominations.

What does a middle-class family from suburban Pittsburgh need? Why, an English butler, of course. That's the premise of this sitcom in which a sports columnist (Bob Uecker) and his law student wife (Ilene Graff) hire a British émigré to take charge of their household. Employing an acid tongue and an iron will, the portly Mr. Belvedere (Christopher Hewett) quickly takes charge of the unruly brood in this cult favorite from the mid-1980s.

The third season of this hit 1980s sitcom kicks off with a bang when a sulking Wesley (Brice Beckham) -- still sore with Mr. Belvedere (Christopher Hewett) for turning him in for cheating -- reports his British caretaker to the U.S. Dept. of Immigration for not having a green card. But the devastated Owens family is so determined to keep Mr. Belvedere in their employ that they'll consider anything -- even legal adoption.