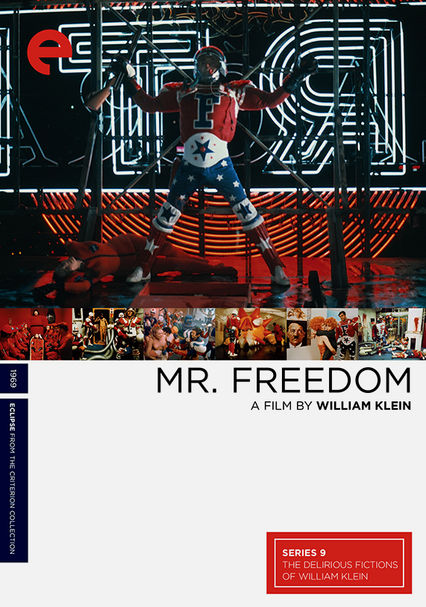 1969 NR 1h 32m DVD
Directed by groundbreaking photographer William Klein, this 1969 political satire centers on American superhero Mr. Freedom (John Abbey) and his mission to kick the Communists out of France. Pooh-poohed by the French, Mr. Freedom decides to destroy the country. Klein's send-up of U.S. imperialism co-stars veteran actors Donald Pleasence and Delphine Seyrig. Klein went on to direct the documentary Muhammad Ali: The Greatest, among other films.