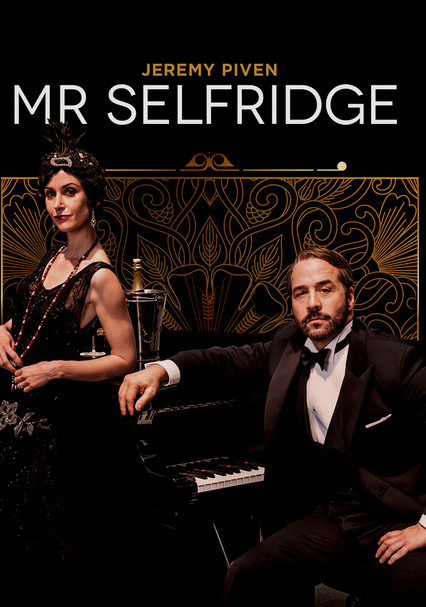 2013 NR 4 seasons
In 1909, brash American retail tycoon Harry Selfridge arrives in London and fights the staid British class system to create a modern and profitable department store -- named after himself -- that will delight shoppers from all walks of life.

Much has changed since Selfridge's first opened its doors. Five years later, Europe is on the brink of war and London is enjoying one last defiant period of decadence. Having rocked the retail world with his pioneering new store, Harry Selfridge now has his sights set on rebuilding his family life. Tensions are also running high on the shop floor as Agnes is back from Paris and Henri Leclair has mysteriously returned from America.

It's 1919, WWI has just ended, and Harry Selfridge, like many Londoners, is struggling with loss. The death of his beloved Rose has left the entrepreneur all alone and he is making costly business mistakes. His empire is weakened, leaving him vulnerable to his old enemy Lord Loxley. Despite heartbreak and sorrow all around, the world goes on, and season 3 sees new characters breath life back into the famous department store.

Emmy®-winner Jeremy Piven (Entourage) stars in the thrilling final season of Mr. Selfridge, dramatizing the climactic battle for the future of London's iconic department store. The final season costars Amanda Abbington (Sherlock), Katherine Kelly (Coronation Street), Tom Goodman-Hill (The Imitation Game), and many others as the loyal staff and stylish visitors to this glittering retail palace.