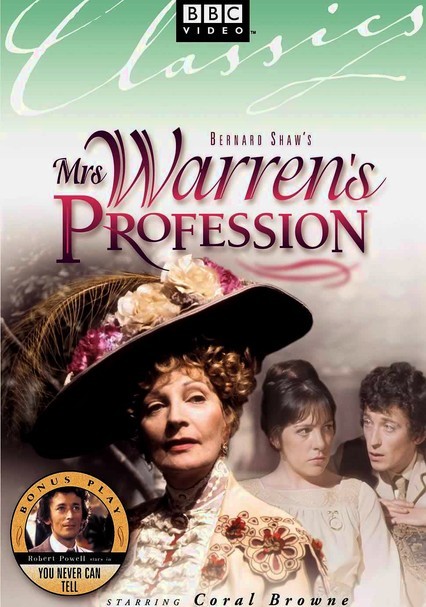 1972 NR 1h 49m DVD
Priggish Cambridge student Vivie Warren (Penelope Wilton) discovers a shocking secret in this British adaptation of George Bernard Shaw's play. While visiting Mrs. Warren (Coral Browne), a horrified Vivie learns that her mother's scandalous vocation as a cathouse madam is what enabled her to give Vivie all the benefits of polite society. Directed by Herbert Wise, the film also stars Robert Powell and Derek Godfrey.