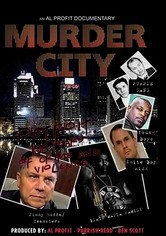 2008 NR 1h 23m DVD
Detroit, Michigan. In the 1980s, the Motor City was known as the murder capital of the world. This documentary looks at the city's history of violence and the portrayal of its bullet-riddled reputation in the national media. Archival film and television footage tells the story of the city's 1920s rum wars, its '80s and '90s drug wars, and Detroit's affairs with corruption and organized crime -- from Jimmy Hoffa to the Black Mafia Family.