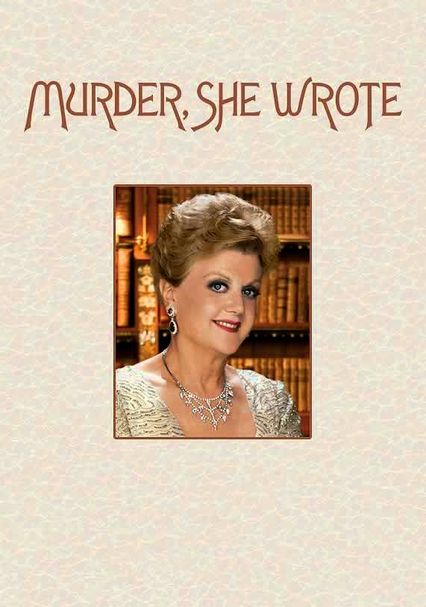 1984 TV-PG 6 seasons
Whether at home in cozy Cabot Cove or on the road promoting her popular mystery novels, charming author Jessica Fletcher (Angela Lansbury) always encounters cold-blooded murders that she cleverly solves using her intellect and astounding deduction skills. Lansbury, who was nominated for an Emmy in each of her 12 seasons, stars in this successful whodonit alongside series regulars like Tom Bosley, William Windom and Michael Horton.

As the heroine of this popular prime-time series, Jessica Fletcher (Angela Lansbury) is constantly gathering material for her next best-seller, using her know-how as a mystery writer to solve a slew of real-life murders. In the show's third season, Jessica stakes out a circus to track down a long-lost relative; looks into the death of a fast-food advertising executive; and offers assistance to Thomas Magnum (Tom Selleck's "Magnum, P.I." persona).

Mystery writer Jessica Fletcher (Angela Lansbury) continues solving murders in her spare time in the ninth season of the wildly popular television series. She investigates the murder of a famous producer at the Milan Film Festival, looks into a 1963 murder that may be tied to Kennedy's assassination and tries to track down a killer in New Mexico. Guest stars include Cesar Romero, Harvey Fierstein, Graham Greene and Mariette Hartley.

Mystery writer and part-time sleuth Jessica Fletcher (Angela Lansbury) continues tracking down the bad guys in this 10th season of the popular series. A man's murder seems to be tied to his plan to level a home where Ernest Hemingway once stayed; a homeowner is found with a wooden stake driven through his chest; and an elusive literary agent is a prime suspect for murder. Guest stars this season include Mickey Rooney, Tippi Hedren and Mike Connors.

Jessica Fletcher (Angela Lansbury) always outwits the criminals who cross her path in her bucolic hometown of Cabot Cove and on her travels in this hit mystery series. This season, she gets involved in a murder at the zoo where she's doing research for her latest novel, becomes a suspect in a murder in Amsterdam and helps out a private detective in Martinique. Guest stars include Eileen Brennan, Jessica Walter, Wayne Rogers and Sally Kirkland.

Writer Jessica Fletcher (Angela Lansbury) continues spending her spare time solving crimes in the final season of this wildly popular television series. Her adventures include getting involved in solving a series of voodoo-related killings while researching her latest novel in New Orleans and becoming trapped in an ancient Irish castle brimming with spooky secrets past and present. John O'Hurley, Gerald McRaney and Vivian Wu guest star.

Parents need to know that although the violence in this fan-favorite crime drama is extremely tame compared to many of today's graphic series (almost to the point of being a bit cheesy), each episode does revolve around a murder investigation. The deadly confrontation is often shown on screen, as well as several scenes of the corpse and the crime scene (often blood-stained). The heroine is a successful, self-confident woman whose determined inquiries and attention to detail often outshine the work of professional detectives.

Characters occasionally talk around the subject of sex with loaded comments like "I don't know what you're doing or who you're doing it with." Extramarital affairs often pop up in investigations. Female characters sometimes dress in skimpy clothing. There's occasional kissing and some light fondling (rubbing thighs or backs, for instance).

Each episode revolves around a death, and often the act of murder is shown as well as a few shots of the dead body (though it's all very tame compared to modern forensic crime dramas). There are lots of verbal threats ("I'll kill you") and some fist fights and scuffles here and there, which lead to bruises and bloody lips.

"Damn" and "hell" are used infrequently.

The main character is a strong, intelligent woman who's never afraid to ask tough questions and always speaks her mind. While there's plenty of lying, stealing, and allusions to sleeping around among suspects, the bad guys always get their due in the end.