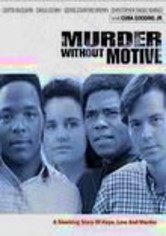 1992 NR 1h 35m DVD
Edmund Perry (Curtis L. McClarin), a brilliant black scholarship student at an exclusive prep school, is killed by a white undercover cop just days after graduation. The officer claims he was attacked by Perry and his brother Jonah (Guy Killum); others say the attack was racially motivated. This made-for-TV docudrama, which also features Carla Gugino and an appearance by Cuba Gooding Jr., was adapted from Robert Sam Ansom's book &NFiBest Intentions&NFi_;.