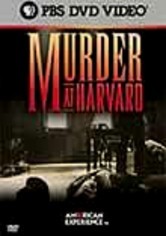 2003 NR 1h 0m DVD
PBS's "American Experience" series turns its probing eyes back on one of America's most shocking murder trials. On November 23, 1849, former Harvard professor Dr. George Parkman disappeared. In time, a Harvard janitor discovered his remains. When word got out that Dr. Parkman was brutally murdered, the entire city of Boston became obsessed with the subsequent trial, in which the main suspect turned out to be a well-liked doctor.