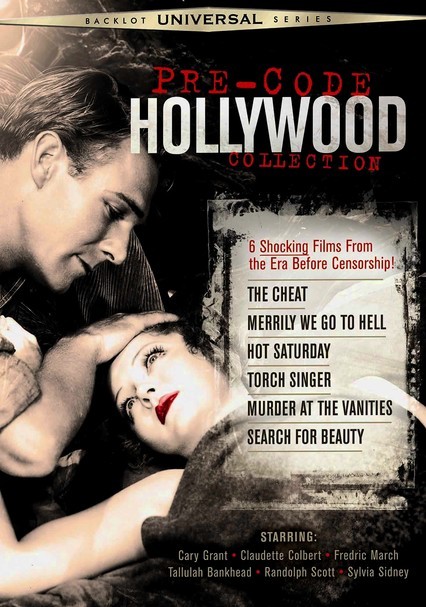 1934 NR 2h 47m DVD
Slightly shocking for their day, these classic Hollywood dramas from the 1930s premiered before the strict industry "Production Code" was put into place, effectively banning taboo topics such as sex and murder. In Murder at the Vanities, a dead body turns up backstage at a theater on opening night. Then, in Search for Beauty, two good-looking Olympic athletes (Buster Crabbe and Ida Lupino) are tricked into becoming pin-up models.