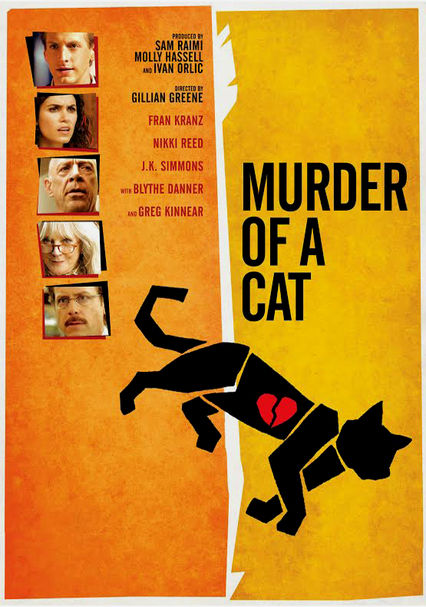 2014 NR 1h 42m DVD
When Mouser the cat turns up dead with an arrow through his gut, owner Clinton Moisey vows to find the culprit and deliver him (or her) to justice. Along the way, Clinton discovers he wasn't Mouser's only master -- and that a conspiracy is afoot.

Parents need to know that Murder of a Cat is an indie comedy/whodunit about a quirky loner who's obsessed with finding his beloved pet cat's killer. Starring Fran Kranz from Cabin in the Woods and Nikki Reed of Twilight fame, the movie isn't likely on too many teens' radar. The language is strong -- "f--k," "s--t," "a--hole," "c--ksucker," etc. -- and the violence surprisingly heavy (characters are held at gunpoint, beaten up, chased, and, in the case of the titular cat, killed). There's also one sex scene, plus references to masturbation, voyeurism, adultery, and an older mom's affair with a cop. Expect a little smoking and drinking, too.

A man's beloved cat is found dead, with an arrow sticking out of it. A man is shot at, gets in a car accident after being pursued, and is punched, threatened, and chased. A man angrily destroys a woman's car, smashing the windows and doors.

Encourages people to be true to themselves, even if they're labeled different or odd or geeky.

Adults smoke cigarettes and drink on a few occasions.