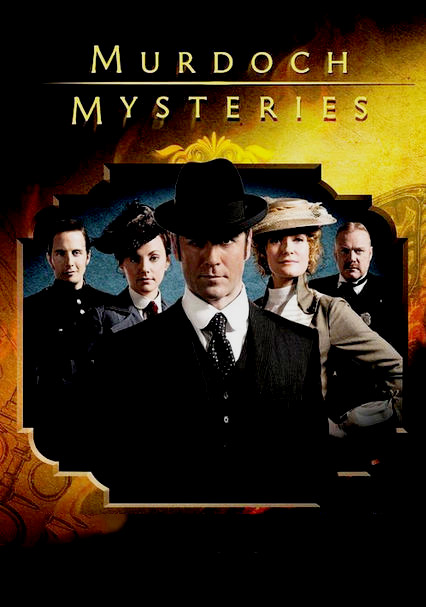 In Victorian-era Toronto, Inspector William Murdoch uses unconventional scientific methods to crack complex murder cases, including the deaths of a well-known attorney, a professional pugilist, a former theater owner and a prominent philanthropist.

Victorian-era police inspector William Murdoch continues to use newly minted scientific methods to solve Toronto's most baffling crimes, including the slaying of a young model, the theft of a Rembrandt and a murder implicating inventor Nikola Tesla.

Still reeling from a personal and professional crisis, brilliant and inventive detective William Murdoch moves from Toronto to take up gold prospecting. Yet his ingenious nose for crime solving forces him back into police work.

In the early 20th century, detective William Murdoch solves Toronto's trickiest cases with scientific insight and ingenuity in this mystery series. From flying early aircraft to infiltrating nudist communities, Murdoch is a man ahead of his time.

Still rattled by the shocking developments in the Season 6 finale, Detective William Murdoch and Dr. Julia Ogden attempt to get back to work as their always complex relationship deepens.

At the dawn of the 20th century, Det. William Murdoch continues to adapt new forensic tools to solve the thorniest of mysteries, including cases involving murdered debutantes and a philandering businessman.

After Murdoch is framed and arrested for the killing of a burlesque dancer, Watts employs innovative measures to untangle the facts of the case and clear Murdoch's name. Meanwhile, Watts must try to locate the kidnapped Julia.

Detective William Murdoch returns to solve Edwardian Toronto's most intriguing crimes in this award-winning Canadian series. In Season 12, Murdoch and his wife, Dr. Julia Ogden, have moved into a modern new house, but they soon discover their home has mysteries of its own. Constable Crabtree helps Higgins prepare for his wedding, while Inspector Brackenreid confronts someone from his past who could jeopardize his relationship with his family.

This season finds Murdoch again tackling a series of enigmatic cases, including one in which a woman who vanished a decade ago is found murdered -- but she looks exactly the same as she did 10 years earlier.

There is never a dull moment in the lives of Detective Murdoch and his company. They tackle the most unusual mysteries in 1908 Toronto with creativity and presence of mind. In this season, Violet Hart continues to raise suspicions from Detective Murdoch, who cannot get himself to trust her abilities or her intentions.