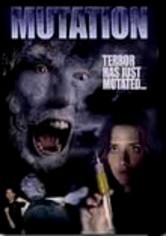 2006 NR 1h 25m DVD
When scientist Paul Friedel (Jim Patneaude) injects an experimental serum into the corpse of a long-dead serial killer named K (Eddie Croft), he comes back to life and unleashes a new strain of terror on Los Angeles. It's up to Det. Steve Gornick (Brian Schwartz) -- the man who brought K to justice years ago -- to track down the madman again. But in his new, mutated form, the evil K is more unstoppable than ever.