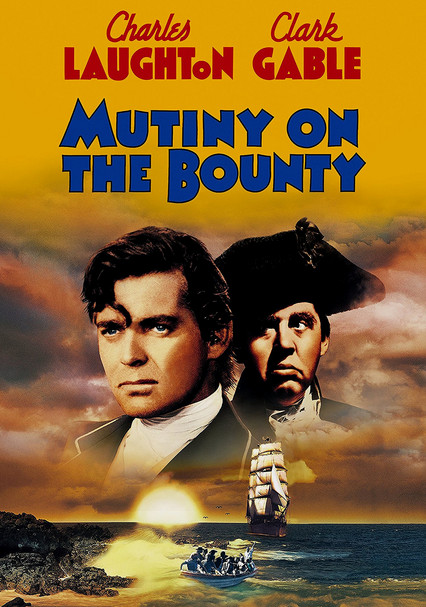 1935 NR 2h 12m DVD
This epic classic tells the tale of a coup d'etat on the high seas. Aboard the HMS Bounty, sailors are getting restless, led by the determined Fletcher Christian (Clark Gable). Cast off on a dinghy, Capt. Bligh (Charles Laughton) and his gang must survive the dangerous waters. Gable, Laughton and co-star Franchot Tone were all nominated for Academy Awards for their stellar work, and the film won the Oscar for Best Picture.