Mutiny on the Buses 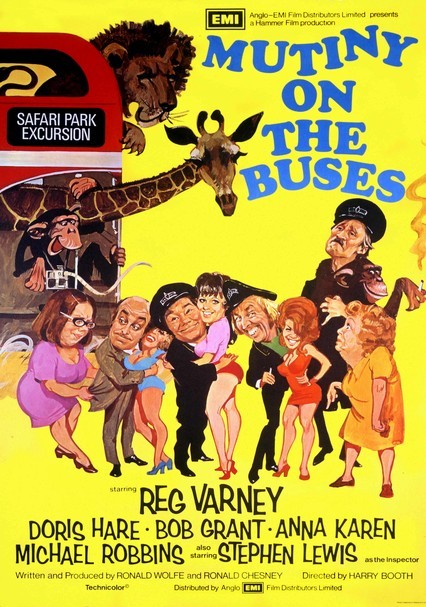 Mutiny on the Buses

1972 NR 1h 24m DVD
This slapstick jokefest was the second film based on the "On the Buses" TV show. Bus driver Stan (Reg Varney) drives his paychecks right into the hands of his mum (Doris Hare) and sister Olive (Anna Karen). When Stan gets engaged to Suzy (Janet Mahoney), Mum and Olive look at the poor fiancée and see only lost wages. Soon Stan cuts off everyone's money when he is sacked, prompting Olive's husband (Michael Robbins) to learn to drive a bus.