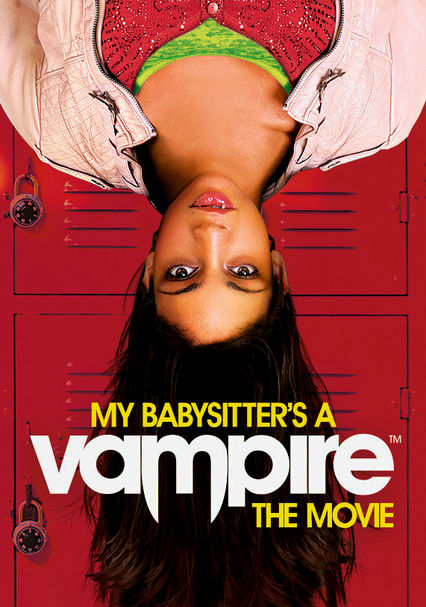 2010 NR 1h 25m DVD
When their parents head out for the evening, Ethan and his little sister get the babysitter of their nightmares: a fledgling vampire named Sarah. Before the night ends, Ethan will have to save his neighborhood from a growing army of the undead!

Parents need to know that there's plenty of violence in this Canadian-made TV movie (later made into a series), but most of it is obscured to the point that little actual blood is really seen. Fist fights, stabbings, and, in one scene, multiple vampire bites that presumably kill human victims and steal their souls are common fare, but little of the gore is actually visible to viewers. It's clear that the show isn't out to push any positive lessons, but there's merit in the heroine's struggle to resist peer pressure, which is worth bringing to tweens' attention. Because there's a campy air to the series, underscored by its obvious parody of the Twilight movies, and the onscreen violence is minimized, it might be an OK alternative for some older tweens.

A few kisses on screen, plus a few more implied out of the camera's view. In one, two teens emerge from a closet, with the girl looking rumpled, apparently from a make-out session that culminated in her being bitten. Teen boys call girls "babes" and talk about getting hickies. A girl calls a boy a "perv" when he opens the bathroom door to check on her.

Violence is mostly implied, but there's plenty of it. Fanged vampires bite victims' necks and suck their blood, either (seemingly) killing them and stealing their souls or turning them into vampire fledglings. Lots of fist fights, kicking, and use of household objects (silverware, squirt guns filled with holy water) as weapons, as well as electrocution and stabbings (after one, a guy walks around with a fork protruding from his head), which evaporate the vamps' bodies completely. Most violent incidents are either obscured or viewers' attention is diverted elsewhere, so actual exposure to blood and gore is negligible, but the implications still exist.

Making good choices isn't a central element to the plot, but a teen girl stands up to strong peer pressure from a school clique, and two friends put themselves in harm's way to save the townspeople. On the downside, an unpopular girl welcomes her new powers for a feeling of strength, and a teen leader exacts revenge for (in his view) an old injustice by killing innocent people. The show gives an overall negative impression of teens, portraying most of them as gullible and susceptible to pop-culture crazes.

One contextual reference to Wikipedia.

A girl mentions at a teen party that no one there is drinking, and a mom reminds her son to never try drugs.