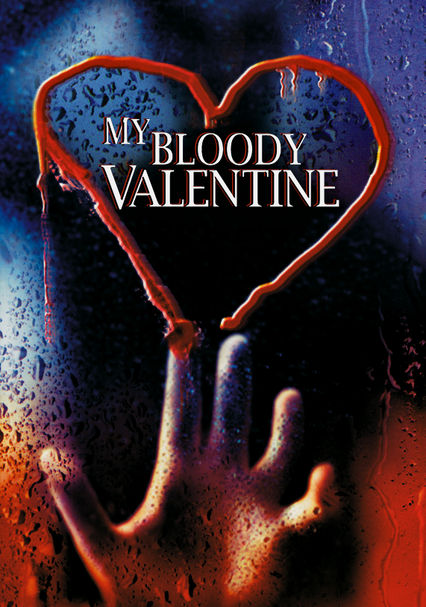 1981 R 1h 30m DVD
After a fatal mining disaster occurred on Valentine's Day in a sleepy town, the residents were warned never to celebrate the holiday again. But a group of teens defies the order and unleashes a murderous maniac.

Parents need to know that this iconic slasher film -- recently remade as My Bloody Valentine 3-D -- is full of gory deaths, especially in this DVD's "Unrated" version; the stalking miner-suit wearing killer is also quite frightening. The film also has the requisite '80s slasher-film link between sex and death, where teens at play are targets for a killer's wrath while doing the figurative deed.

Some female undressing as a woman meets a man for an assignation and is killed (the mingling of sexuality and violence in the entire film is quite strong); some male bare-chested showering. Kissing by blanked-covered persons; a condom is shown.

Pickaxe murder; murder by power tool; deadly cave-ins; disembodied organs are seen; drinking games are played with knives; a shriveled and burned body tumbles out of a clothes dryer; murder by boiling water; by impalement with shower unit; hanging; mutilation, where a trapped man rips/bites/cuts off his own arm; cannibalism; more murders, all quite graphic. Fights between angry friends.

Discussion of the dirty, dangerous work of mining; the film revolves in part around a love triangle, with heartfelt discussions of love lost and regret between the murders.

Beer and hard liquor are drunk; cigarettes are smoked. Chewing tobacco is enjoyed.