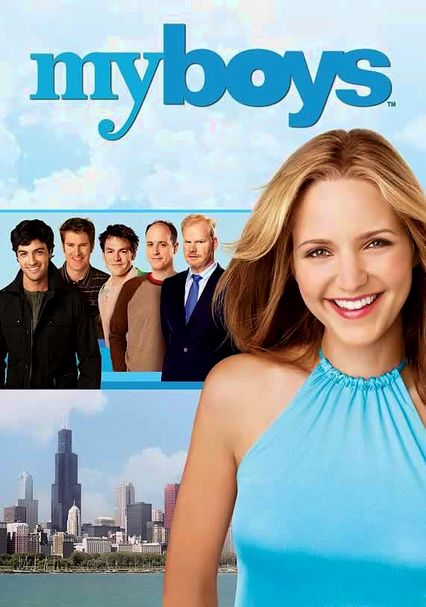 2006 TV-14 3 seasons
Sportswriter P.J. Franklin (Jordana Spiro) has a tight group of guy friends with whom she enjoys poker nights, beer and pizza parties and going to the games, but all those men hanging around tend to get in the way of romance in this riotous TBS sitcom. P.J.'s tomboy inclinations are encouraged by her brother (Jim Gaffigan) and other male chums, but her one female friend, Stephanie (Kellee Stewart), encourages her to flaunt her feminine charms.

P.J. hits it off with Bobby, a new sportswriter, but he's not sure if he sees her as girlfriend material -- she's too much like "one of the guys." P.J.'s friend Stephanie encourages her to be more feminine so men will want to date her.

Though she likes playing poker and eating pizza with the guys, sports reporter P.J. Franklin continues to look for love in Season 2 of this engaging sitcom. Will her best friend Stephanie tame P.J.'s tomboy instincts?

P.J.'s tomboyish ways don't always serve her well, as she discovers that being just one of the guys can seriously hinder a girl's romantic prospects. Meanwhile, Bobby's upcoming wedding is causing plenty of drama.

Parents need to know that this sitcom deals with dating and relationships, both romantic and platonic. Every episode involves drinking alcohol, often to drunkenness. The show features stereotypical characters and scenarios, like a husband who lies to his overbearing wife so he can go drinking with his buddies. There's some kissing, minor groping, and lots of discussion about sex and the dynamics involved in sexual relationships. Characters use mild adult language frequently.

Lots of discussion about sex, including one-night-stands. Some kissing, groping, tame sexual scenarios.

The main characters are generally good (if bland) people, though one is a love-'em-and-leave-'em guy. Characters fit gender stereotypes and discuss men and women in stereotypical ways. The main character is a woman in an unconventional role. The cast is virtually all white.

Glimpse of an Apple computer.