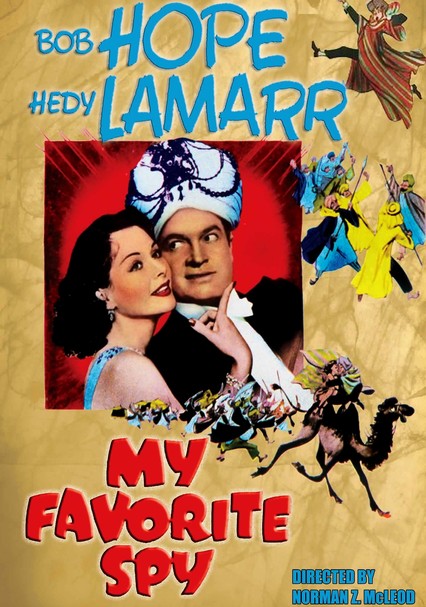 1951 NR 1h 33m DVD
Burlesque comic Peanuts White (Bob Hope) bears such a striking resemblance to international spy Eric Augustine (also Hope) that government agents turn to Peanuts to complete Augustine's unfinished mission when he gets injured on the job. Hilarity ensues as Peanuts assumes Augustine's identity and proceeds to charm his way into a topsy-turvy world of intrigue. Hedy Lamarr co-stars as a mysterious beauty with shifting loyalties.