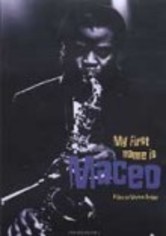 1994 NR 1h 27m DVD
Director Markus Gruber shines a spotlight on saxophone great Maceo Parker, who shot to fame playing with James Brown in the 1960s and later formed his own band, featuring trombonist Fred Wesley and tenor saxophonist Pee Wee Ellis. This funk-filled documentary captures the band on stage during a 1994 tour and tells Parker's story through interviews with his family and fellow musicians, including the legendary George Clinton.