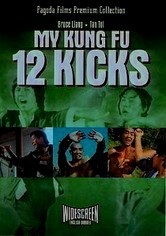 1986 NR 1h 26m DVD
Bruce Liang shows his true martial arts and acrobatic prowess in this crowd-pleasing martial arts comedy adventure! When Liang's girlfriend is killed, he must learn new forms of kung fu from his roommate -- who happens to be a secret martial arts master -- before taking on the murderous bullies. Filled with fast, powerful fights and acrobatics in the style of Jackie Chan!